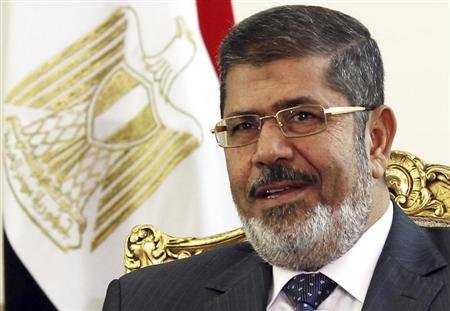 What? You said you want Dumbocracy. We give!

Today, more than 43 NGO representatives were found guilty of operating illegally in Egypt and the organizations offices will be closed immediately and their assets seized. Among them, 16 are Americans, according to the report from USA Today. The State Department has deemed the trial as “politically motivated” and running counter to their “transition to democracy” in a statement from John Kerry. More proof that our State Dept was, and still is, out of touch, since they believed that Egypt was ever considering transitioning into a democracy.

The problem of NGO’s operating illegally in Egypt goes back to before the Arab Spring and the jumping off of protests in Cairo and Alexandria in 2011. The crackdown on NGO’s started in Egypt a year earlier when youth groups first tried to set-off their revolutionary movement. It was then that the government of Egypt reacted and started gathering information on the groups operating inside of Egypt whose goal it was to depose then President Hosni Mubarak.

In 2009-2010, it was learned that many NGO’s had not been registered, or their registration had expired. The Mubarak government wanted to deport all of the unlicensed groups and their members. But urging from the Clinton State Department, and implied threats of reducing foreign aid if Mubarak did deport them, forced the Egyptian government to find another way to deal with the problem. Of course, Mubarak had no idea that the revolution was planned and executed by the State Department. Time was short, and they (State Dept) only needed to buy a few more months…then the NGO’s would be rallying everyone to gather in protest forcing the leaders out of power.

This is the beginning of what is going to unfold into an interesting and fairly complex story. And it will be interesting to watch how the NGO’s rally their minions. Stay tuned. When the Egypt revolution kicked off I created a multiple part series revealing details that, had they not been confirmed by State Dept officials (including Clinton herself), would’ve been brushed off as crazy conspiracy theory. This decision has the potential to launch and even crazier series of events; especially now that there are massive amounts of high-powered weaponry floating around N. Africa and the Middle East. (i.e Libya’s stolen SAMs, Russia arms going to Syria, Iranian arms going to Syria and Yemen, etc)

I will be updating this post shortly with a bunch of interesting links below. There are many interesting stories of NGO’s and how they are woven into the Arab Spring. Like, the AFL-CIO training the youth protesters and then bringing those people back over and creating a little group called “Occupy Wall Street”. Check back and watch my Twitter.

Now that the revolutionary fervor of the Arab Spring has come down to a simmer most of the news is focusing on elections and the increasing possibility that Muslim Brotherhood candidates could take control of the country. Absent are the reports of human rights violations and one would be hard pressed to find the little bit of news that brings it to light. Those stories, when they do make it to the airwaves, are usually on Arabic only websites. Effectively this cuts off a good amount of the free world from following the stagnant (and most likely regressive) human rights policies in action in post revolutionary Egypt.

Last month on Egypts “90 Minutes” this clip was aired of a woman being confronted by a “police” officer. To date the man has yet to be identified. If he was/is a member of law enforcement than ID’ing him should not be hard. At a certain point the woman is asked by the officer to remove her undergarments. When she refuses the “officer” says he will be taking her away to the ministry of justice. This video has been brushed aside for two reasons. Firstly, since the man can not, and has not yet been identified, critics claim that he must not be a law enforcement officer of any kind. Secondly, towards the end someone appears in front of the camera making a funny face. The conclusion to date is that the video must be inauthentic. But from what we have learned about the human rights violations post-Mubarak this is still quite tame. It makes one wonder if it is really being brushed aside because what we in the west view as a violations of rights is not viewed the same due to the gender of the victim.

The encounter starts about 1:30 mark and continues until around the 4:00 mark. You be the judge.

You can find the original print story on this encounter via El Bashayer:

UPDATE: I was cleaning out my files, folders, unnecessary bookmarks, etc and came across this older CNN report here. Even then the women were asking “What happened to the revolution we started in Tahrir Square?”. I can answer that. Activities in Tahrir (Cairo) and Alexandria were sort of like a democracy high school party. When the cops break it up and every one is forced to leave what are you left with? Vomit patches on your mom’s new carpet. The participants of the party swear they can relocate the party and continue on. Yet, have you ever made it to the rendezvous? The fun people went their own way and all that is left is a gathering of lonely followers with no clear direction; you mind as well entertain yourself and puke on the new carpet at the new party location.

Confidential State Department cables revealed by Wikileaks show how this effort was funded. Through the Middle East Partnership Initiative (MEPI) a conference was to be held “on the role of Islamist groups, including the Muslim Brotherhood, in democratic politics.” (Click pic for cable)

The conference was to include “American academics and policy makers”. So when Hillary Clinton told a group of activists, shortly after Mubarak stepped down, “We gave grants that the government did not like to support union organizing, to support organizing on behalf of political opposition to the regime. That goes back many years” she was absolutely right.

And earlier in the same interview she also said “everyone will have a place at the table”. When asked if this included the Muslim Brotherhood by a youth activist Sec. Clinton’s response was “whoever they are should have the opportunity to compete for Egyptian votes”. Full interview transcript is available at the State Dept Website with video. (in case you didnt trust my first link) Also, if there was any doubt that a political shift wouldnt include the Brotherhood and fellow Islamists then I refer you to the UNDP Egypt report from 2008 (pg.34 box 1.6)

I announced earlier in the week that I would wrap up the investigation into the State Dept and their involvement in uprisings around the world. In case you missed it here is your cheat sheet. As an update the State Dept has responded to the repercussions on the Stealth Internet (carried at Your Daddy’s Politics: Here and Here) and for the first time in history has not allowed the press to use the individuals names. In print they are only referred to #1 and #2; seriously (more on that tomorrow) But for now, your cheat sheet-you’re welcome

State Department Interviews Reveal Potential Egyptian Bombshell – Which was featured on Glenn Beck’s radio show (Video Here) This is what started it all.

Google Egypt: Ghonim not the only tie to protesters. Which was then plagiarized by Glenn Beck which he and his staff made no attempt to correct even after being made aware of it. See this in my part 4 of my Breitbart interview here

Google Egypt 2: Delete Everything – The organizers asked me to delete my articles after the revolution kicked off. I refused, they deleted their own info but not before I screen-capped it

Protesters shot and murdered in Egypt while in custody (VIDEO-Graphic). While Egypt security forces were rounding up protesters they also executed at least one while behind bars. Also secret undergrund torture prison raided, hundreds of electrical torture devices stashed (VIDEO-think Lethal Weapon)

State Department to Youth Groups discussing the redemptive qualities of Mohammed Atta,how he was effective as a community organizer, and had the same “power with people” as they do. (With video) Amazingly this speech was given just weeks before the Egyptian uprising-which they not only funded, but helped plan.

Plagiarized by Glenn Beck – discussed in the second part of my interview with Andrew Breitbart.

In January 2010 D. Stewart told me that any agitation in Egypt would be US government sponsored and would favor the Muslim Brotherhood over the Mubarak regime. He has now sent me an email assuring me that he has definitive proof of this claim. But forget that recent email, its time to look at a 2010 email that supports this claim (See below for 2010 email)

stand by for the LULZ

That email was from 1/10. Stewart, has confirmed to me that he now has the evidence to prove this claim that he privately made to me more than a year ago. While the details have not yet arisen I know better than to bet against Stewart. So stand by. Details will be available soon.

On Thursday May 19 we published a newly released videos: One showed the torture electric generators found when protesters raided an underground prison; the second video was of Hosni Mubarak’s security forces opening fire (an possibly killing) a protest that was already in custody.

Today (Tuesday May 24) Thomson Reuters is reporting that Hosni Mubarak is set to stand trial for the murder of protesters and could face the death penalty. The latest video showing the alleged killing of an unarmed, and incarcerated man recently emerged (CAUTION GRAPHIC)