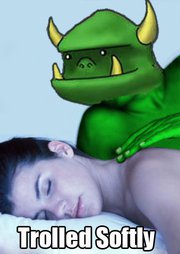 No reason for a long back story. Twitter trolls that have no life outside of harassing people online said they were going to release my personal info. Awesome. Nothing about me is private. See my “Contact” page.

They hinted that they would release my 12 year old criminal record. Cool. My myspace profile talks about it extensively. Before deleting my Facebook profile I discussed it there too. Anyone who has talked to me once knows my story. Its a story of a wild kid who crashed and burned. Frankly, I love the story and sometimes even embellish it a little.

But its something that I have talked about openly for 12 years. So they want to have some fun and release it as a bombshell? I really hope they stimulated the economy by paying an online service for my “public” records. But, I dont want them to have too much fun. So here is the spreadsheet that shows all of my charges (my entire criminal record) from 1999-2000. By the way, that was also when I was a liberal and thought the world owed me something 🙂 You grow up and you wise up. But not if you remain a liberal.

Did the idiots think I was going to be shaking in my boots? This is the butt of every joke I make about myself. What is interesting is that they took a bluff I made seriously. I said I would release the SSN#’s of the Occupy Wall Street crowd. As much as I disagree with that movement I would never release anyones personal info; especially not SSN#’s. Furthermore, no one has that info nor are any of their opponents even looking for it. But it was an interesting experiment. I waited to see who would react. Interestingly enough the real #OWS crowd didn’t react and attack. Rather the criminals on the left whom are the usual suspects did. It worked perfectly. And yes, Ron Brynaert, you’re one of them. Trolled softly 🙂

PS-Every good experiment has a variable. Did you guys see how easy it was to isolate a few of you? You reacted emotionally. Im a tactician; emotion has no part in my actions. That is why you fail.

This post is old. But new visitors need some context. This was directed at a specific audience at a specific time. Twitter trolling is pretty incessant. And sometimes it gets to the point where folks will go to the extent of sending loaded fake links from support@twitter that are designed to compromise a persons computer (opening reverse TCP). And that is what started all of this. These one-track mind folks fell into the same trap they set for others. While I did not execute a reverse shell (because that is highly illegal – even though they didnt care and did just that!) I did use a link to gather their info to pass to Twitter. Notice, in the end, I’m still here-Again.

Notice that I am the stalker for trying to stop them from using reverse shell execution on targets in an attempt to hijack systems and logins: 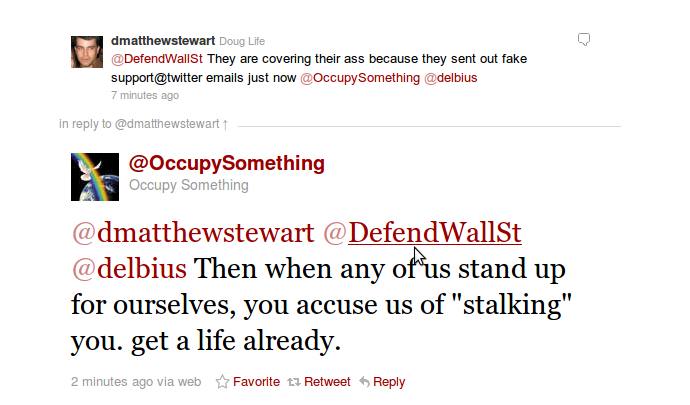 I then baited them by having someone use a link shortening service that (used for marketing and analytic) would grab info that Twitter would need. At the end of the original post I referenced this tweet/link re SSN#’s of OWS folks being dumped. It never happened. It was ruse. Whomever clicked it were the same ones actively involved in the current (at that time) campaign. When this was posted any visitor to this post knew exactly what I was talking about. But we have new visitors. (Welcome!) 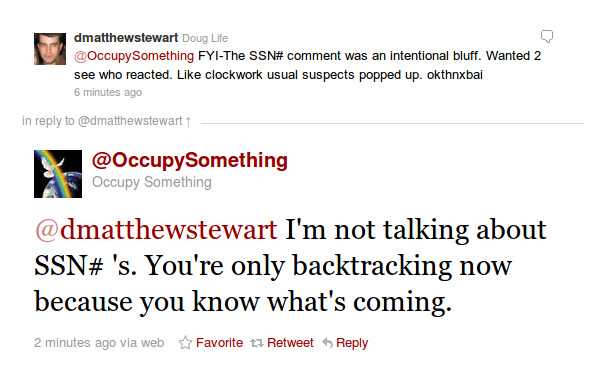 And precisely nothing happened. Ever. The Occupy Wall Street folks were actively waging illegal campaigns digitally. While they were doing that news came out that thier info (paid protesters) was obtained and in the hands of leakers speaking with media. So they were already in panic mode. I could go on and post other convos but I think you get the point. So that is the context. I wont bore you with anymore screen caps. This update is in part due to the irrational and violent nature of Trevor S Valle’s when asked to clarify comments that didn’t make any sense. See that post here

PPS: Remember when Barret Brown threatened me? He was a public figure too. Is he out of jail yet? I am not going anywhere. Ever.