There is not much to be said here. The ISA Conference in Montreal “Global Governance: Political Authority in Transition” has been taking place since Wednesday this week. The academic elite have been trying to figure out the tough stuff; like “Living with Iran’s Bomb”, making Al-Jazeera top dog in the western media, Global governance on the environment for the “greater good”, and some up-and-coming Soros creeps trying to plan your financial future. (But you will have to read the whole schedule for that-just look for Central European University-where the Open Society Archives are housed ever since leaving NYC)

Special thanks to Intel Forum

Here are some highlights. Mind you they come from those with fancy degrees that most likely read at an 8th grade level. The full schedule can be found here I advise you to familiarize yourself with the entire schedule. There is too much to cover here.

Remember how we were told Al-Jazeera was the model during Egypt's uprising? This conference was planned over a year ago

This is comforting. Glad to see the smarties see this as a fait accompli

Libya: Reining in a Rogue State 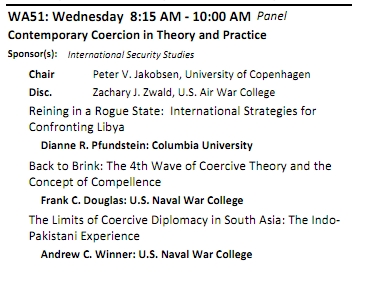