The AFL-CIO’s “Label and Service Trade” division has called for the Obama Administration to appoint a new “Made in America” Czar that can help guide consumers towards purchasing American made products. In a simple, mystical world, that isn’t controlled by the laws of economics, this would be an ideal solution to advancing a utopian society. However, in a world that needs to react and adjust to market forces this rhetoric runs weak and doesn’t withstand the trials of natural law. 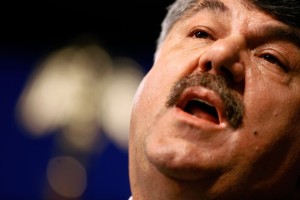 Whats more disturbing is that the AFL-CIO is recommending that an Executive position be created to coerce (or force) the American people to purchase a good(s) that will levy a heavier strain on their wallets versus purchasing products under a competitive market. After all, can you afford to pay three (3x) times the cost for a dvd player made in the USA? Or could you afford to pay an increased cost of any item?

By forcing Americans  to pay a higher cost of any item at the cashier is virtually the same as subsidizing a given industry in order to keep the job(s) producing that item here. The direct result is an increased cost to the end user.

Plus imagine if we decided to just “buy American” for a few select items; who would suffer? First we would have the trucking industry that delivers the product to your local retailer. Then we would have the importer who would suffer due to reduced traffic of delivering imported goods… Next would be the end user who has to pay a higher price to receive a good that was brought to him/her at the expense, or loss of revenue, of the shippers. If this continued for any extended period of time the shippers, both on lad and sea, would have to reduce their operations. This would mean an increase in the cost of the product, (or layoffs) which would leave Americans out of work and on the states’ unemployment books…ultimately leading to the consumer subsidizing their existence all while paying a higher cost for products they once obtained at market value.

Yes! Make everything expensive!! For the People!

Then what? The “Made in America Czar” would claim that he/she had succeeded while the shippers, importers, and the consumer ultimately lose. Welcome to the Left.